How Apttus Found a Partner In Idaptive That Was Just As Nimble, Innovative, and Flexible As They Were

The entirely cloud-based SaaS company needed to grow without losing sight of its core values. Idaptive made it possible. 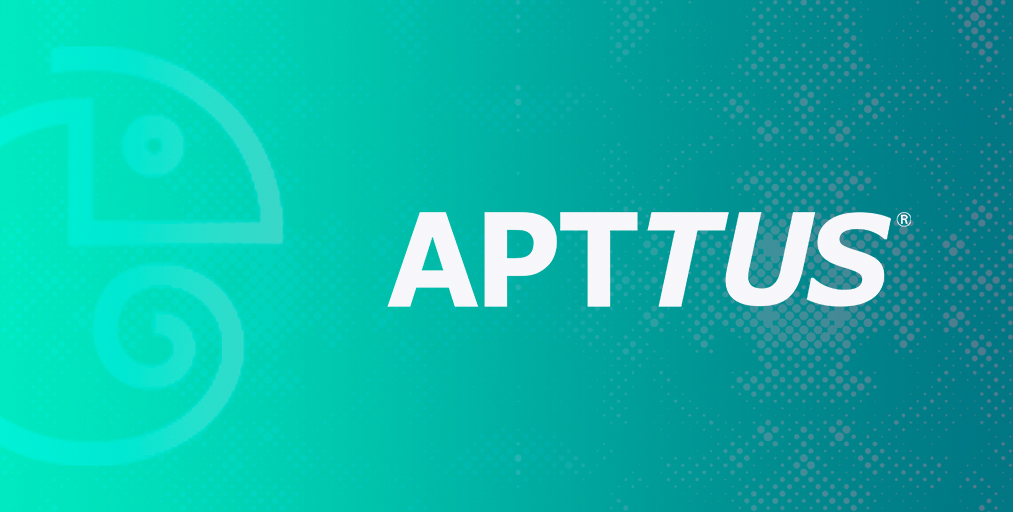 Apttus, a SaaS company specializing in Quote-to-Cash services, knows the value of being nimble, and of making a lot out of very little. When they launched in 2006, founders Kirk Krappe, Neehar Giri, and Kent Perkocha went against the Silicon Valley grain by not raising a single penny of venture capital. This almost unheard-of decision meant they needed to have a solid business model, identify an underserved area, and go all-in — while being as lean and efficient as possible. More than ten years later, the San Mateo-based Apttus boasts category-defining software while still keeping its operations agile. After all, it’s in their name — Apttus being the Latin word for “capable” with the ending “us,” meaning “speed.”

Being a cloud-based company with very small on-site infrastructure, Apttus’ 850 employees require access to a suite of SaaS apps on a daily basis, including NetSuite, Concur, Dropbox, Office 365, and many others. This, naturally, means a lot of passwords and access points, which in turn opens up security vulnerabilities and bogs down IT with password reset requests and other small, repetitive administrative tasks. Not exactly things that support the corporate mission to be fast and lean, and a significant problem for Apttus IT director Steve Winter.

“It was a manual process on each system. Password complexity rules had to be enforced within individual apps,” says Winter. “And the result was between five and a dozen password reset requests every business day.”

Winter and his team also had to run manual, labor-intensive audits to monitor who had access to which applications, something that became increasingly difficult as Apttus grew in size — to put into perspective what a challenge that was, Apptus went from 120 employees to 850 in less than a two-year period. So the company needed to find a way to restrict and guard against unauthorized access, simplify password management, and take some of the helpdesk load off the IT department’s shoulders. So they turned to Idaptive.

When Apttus approached Idaptive, they were not yet even using Active Directory as a directory service, instead having their team manage stand-alone computers all with individual accounts. While other services offered cloud-based solutions, Winter anticipated the number of Apttus employees using Apple’s Mac computers and laptops would continue a steady rise and understood that Mac management had to be a priority.

Mobile Device Management was another concern for Apttus, as its growth rose the number of employees needing to access apps remotely via mobile devices. Winter was won over by the clear benefits of Idaptive’s MDM functionality. “A more secure BYOD strategy, integrated single sign-on to mobile business apps, and remote lock and wipe are all increasingly important features,” he says.

Getting Bigger, But Not Slower

Despite the number of Apttus employees well over the 800 mark, Winter is proud of the fact that — with the help of Idaptive — he is able to manage it all with a 6-person IT team. They are lean, agile, and efficient, which makes them perfect for maintaining Apttus’ digital infrastructure. Password resets are accomplished through self-service portals, and provisioning is as simple as one administrator creating one Active Director user, and assigning them to the proper security groups.

Leveraging Idaptive’s multi-factor authentication features and Mac management capabilities has given Apttus flexibility and a 100% cloud-based and centralized identity management solution that provides authentication, provisioning, de-provisioning, MDM, Mac management, and the ability to audit app usage. With Apttus itself being an entirely cloud-based company, Winter says this kind of solution was a natural fit. Fostering substantial growth without out-growing one’s core principles is not always the norm in Silicon Valley. But then again, Apttus has never been, either.