Grupo Argos is all about solid foundations, but innovation-driven growth presented the company with challenges and concerns that required them to find new footing. 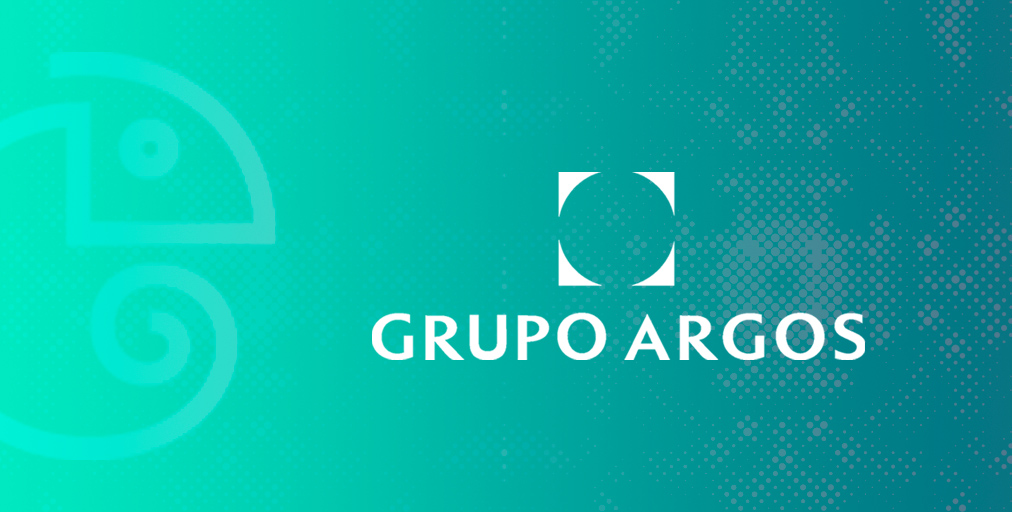 When you think of innovation, forward momentum, and flexibility, you don’t think of cement. But perhaps that should change, as Grupo Argos – which started life as a cement company in its native Medellín, Colombia – has grown into one of the largest and most forward-thinking conglomerates in the western hemisphere. In tandem with its growth, however, have risen concerns about workflow efficiency, security, and data management.

Grupo Argos’ presence throughout Latin America and North America meant their workforce was stretched out geographically, and their internal resources tested daily. Made up of affiliates and subsidiaries including Argos: the cement business, Celsia: their energy subsidiary, and Odinsa, which focuses on road and airport concessions, Grupo Argos has over 400 employees just in the cement business alone. This made password set-up, expirations, and resets an enormous strain on their IT department. Extensive employee travel rendered app log-in and service access from remote locations so time-consuming and inefficient that productivity was routinely being ground to a halt.

Adding to the list of Grupo Argos’ concerns was the fact that the company is subject to the Sarbanes-Oxley Act, making it even more imperative that Grupo Argos be able to effectively audit access and assess actions taken no matter what the circumstance or location. Not to mention be able to account for server outages – overloaded SAP servers handled by third-party administrators would frequently shut down, and Grupo Argos had no insight into exactly how and why these outages were occurring. Not only was it a productivity drain, it made them vulnerable to potential compliance violations.

“We needed to know what was happening on those servers both to meet SOX compliance, troubleshoot the outages and to help make informed decisions. Ultimately, we’re responsible for everything that transpires inside our environment,” says Paula Jaramillo, IT coordinator at Grupo Argos. Idaptive’s ability to provide “replay sessions” allowed Grupo Argos to review and audit usage in real-time, to ensure complete alignment with the legislation.

Further complicating Grupo Argo’s issues would be the hardware utilized by each employee. Mac computers, according to Jaramillo, came with their own issues as they were independent of the main system and had to be managed locally with no primary IT oversight. This led to configuration and access issues for those employees.

Clearly a solution had to be found that combined single sign-on authentication with increased security, while providing visibility into network activities across multiple countries.

Idaptive was able to provide single sign-on capabilities as the company moved to more cloud-based hosting solutions, preventing remote workers from overloading the old system with password requests and limiting the amount and variety of potential security flaws (such as password-sharing, rather than going through the time-consuming process of requesting new credentials for each new user). Idaptive also replaced Grupo Argo’s reliance on third-party SAP and Windows service providers, which had far-reaching impact on their response time to server issues as well as SOX compliant transparency.

This impact was felt immediately. Early on in the partnership, Jaramillo came back to work on a Monday morning to discover that their servers had been down through the weekend. What would have required time-consuming meetings, server access request, and a drawn-out assessment process in the past, was handled in minutes through Idaptive. “Using Idaptive, we used session replay to understand everything that had happened, identified the problem, and quickly had our SAP environment back up and running with a minimal loss of productivity,” says Jaramillo.

Today, everyone at Grupo Argos enjoys single sign-on authentication, giving simple and complete access to critical apps. Mac computers have been brought under the umbrella, which has removed yet another source of frustration, and risky password-sharing practices have been nearly eliminated. The result is stronger security, fewer potential breach points, and a smoother user experience for all Grupo Argo’s employees throughout Latin America and North America. The once beleaguered help desk can now focus on more strategic technology initiatives rather than helping employees with passwords, while maintaining the conglomerate’s stated pledge to be “more than just cement and concrete.”

Grupo Argos is now more securely positioned to continue its mission to provide innovative and sustainable technology infrastructure while investing in education and social good throughout Colombia and beyond.